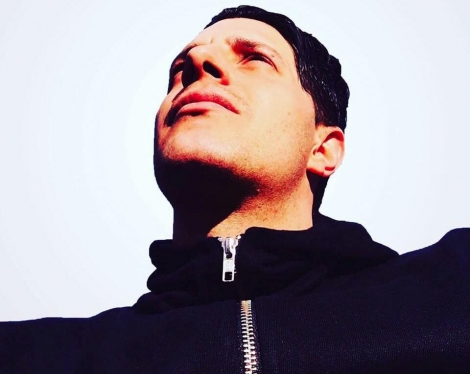 “Into the Sunset, into the dark, and keep on dancing til the party stops”

We have a hot new Big Room banger to let our readers know about! MJS Records recording artist and Belgian super-producer SamiVeli just dropped his next hit titled “Into the Sunset” featuring vocal sensation M’lissa from The Netherlands.

“Into the Sunset” starts with the beat and swirling bass line demanding the listener’s attention. Then it morphs into a beautiful piano solo with M’lissa’s vocals and builds up into a hard techno drop and explosion. “Into the Sunset” plays as a radio friendly and driving dance song that will make anybody dance “Into the Sunset, into the dark, and keep on dancing til the party stops” as M’lissa sings those words.

In talking to MJS Records’ founder, Golden Boy Mike, he told us, “We are very excited about this song because of its crossover potential as an international dance hit. It works well both as a dance and pop song. Plus the remixes by Chris Vision, Golden Boy Mike (myself), and others will adapt it to satisfy the underground club fans as well.”

For fans of the Big Room sound we definitely recommend this download!

“Into the Sunset” is now available worldwide for download or streaming in all digital music stores such as Beatport, Google Play, iTunes/Apple Music, Pandora, Spotify, and the MJS Records Store.

The Official Music Video is also cinematically beautiful with the edits adding to the excitement in the drops of the song. You can watch it now on the MJS Records YouTube Page at https://youtu.be/W5ZbNXjkbZA

Here is a little background on the artists involved, which was taken from the MJS Records website.

SamiVeli is a highly accomplished and talented Belgian DJ, Producer, Remixer, and Composer with musical talents beyond mere Dj’ing. He is also a celebrated Pianist having attended a Belgium Music Academy when he was just 16 years old. With a family gift for music and performance, SamiVeli is just the guy you need on stage as well as in the studio. He is an incredibly genuine person with a deep respect for all those he meets, seeking to help others along the way by networking and collaborating, which makes him an endearing artist and an absolute delight to work with.

He is currently co-writing and collaborating with leading producers and agents around the world (Holland, Australia, USA) on a roster of progressive electronic dance music releases with leading international vocalists/songwriters such as Terri B, Raquela, and Kim Cameron, who have all enjoyed Top 10 Billboard Dance Chart successes. SamiVeli also has several remixes under his belt for labels such as Side FX Partners, House of Pride, Raquela Entertainment, and Odessa Mama Records.

He garners national press and media coverage from media outlets such as the Miami New Times and MTV Italy, which recently featured his remix of the Disco Pirates “Fly Me to the Moon”.

SamiVeli has performed on stages at the International Dance Music Awards and Miami Music Week and in top nightclubs in Ibiza and Germany with more worldwide bookings on his upcoming calendar. His amazing team is busy getting this talented crowd killer on stages all over the world.

SamiVeli has his own special sound – energetic and melodic house, with dance, electro, Caribbean, and Latino influences.

Keep a firm eye on SamiVeli as he surges forward with his own uniquely positive sounds designed for a millennial global village generation and beyond to reach all around the world!

M’lissa was born (as Melissa Engelhart) on January 30, 1997 in Helmond, The Netherlands.

Born into a musical family, M’lissa learned to love music from a very early age. She is a singer, songwriter, pianist, and plays the guitar. M’lissa has been performing live on stage from the age of 5!

She has more than 5 million views for her YouTube videos and has had multiple TV and radio appearances. In 2008 she participated in a Dutch singing contest called “Junior Eurovision Song Contest” and reached the finals and after that experience she was more than sure to continue in music.

She released her first album, “Beautiful”, in 2013. The first single, “Ashes On The Ground”, reached number 17 in the official Dutch Top 100 in 2014 and charted for 14 weeks. The video has more than 2 million views on YouTube! “Beautiful” was produced by top 10 producer/songwriter J.S. Weastell and mastered by Grammy winning mastering engineer Bob Katz.

The single “Unconditional” was released in 2015 and was written and produced by Jan and Lavon van der Toorn.

In 2016 she released the “Fighting Chance ’16 Remix”, which is a song about anti-hate, anti-racism, and anti-bullying because everyone deserves a fighting chance for the things they want and don’t want!

In December 2016 M’lissa released her song “I Wish Everyday Was Christmas”. Dutch radio stations played it often and a few radio stations around the globe picked up this hit song as well.

M’lissa recently found a passion for R&B/Motown-music that resulted in tracks called “Superheroine”, “Girls Night Out”, and “Tambourine Man”.

MJS Records is a San Diego, California based international Record Label founded by DJ/Producer/Remixer Golden Boy Mike. MJS Records releases both vinyl and digital music focusing on trance music, but releases other genres as well. MJS Records is the record label for the MJS Productions Artist Management artists as well as others from across the globe in countries such as the U.S., UK, Belgium, and The Netherlands.

Their unique logo is inspired by the design of influential record labels in founder Golden Boy Mike’s past, such as the first house music label in Chicago, DJ International, and the label that first featured the turntable on it’s jackets, Def Jam. The logo is hand-drawn, not a picture, which makes it even more remarkable. The lightning bolts are from Golden Boy Mike’s first hand-drawn logo in the mid 1980’s when he was aspiring to be a dj. Now almost 30 years later it has come full circle with the launch of MJS Records.

Check out all the MJS Records Releases at http://MJSRecords.net.

If you would like to send a demo for possible release on MJS Records go to http://MJSRecords.net/DEMOS for the instructions.

For Licensing information on “Into the Sunset” contact MJS Records at http://MJSRecords.net/CONTACT

The post SamiVeli Teams Up With M’lissa For “Into The Sunset” – Watch The Video Now! appeared first on Hammarica.

July 9, 2020 Deephouse Life Comments Off on Feels Like Summer with Sonny Noto – LISTEN! 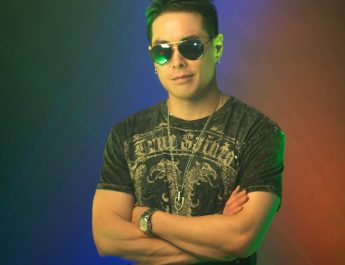 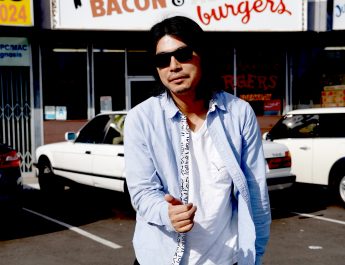