Croydon has long been a hotbed of musical activity and is the birthplace of some of the most exciting genres ever to have emerged the UK. This rich history will be reflected in the town’s first ever house and techno focussed festival taking place on Saturday 28th and Sunday 29th July 2018 at Lloyd Park in Croydon. Headliners come from across the house and techno, garage and hip hop spectrum and include an exclusive, first ever stage hosted by Do Not Sleep and Warriors with Steve Lawler, Darius Syrossian and Detlef, plus headline appearances from Terry Farley, Shola Ama, Charlie Sloth, Secondcity, DJ Luck & MC Neat, Kele Le roc and many more.

From the birth of dubstep to the emergence of jungle and garage, Croydon has always been a vital town when it comes to underground music. Most recently it has produced grime king Stormzy and is home to the famous Brit School which has seen alumni such as Amy Winehouse, Adele, Katy B and Leona Lewis all go on to international stardom. Indeed, the Butterfly Effect Festival is planning to work with the school by offering fresh talent the chance to perform at the festival which is just down the road..

The centrally located park offers a lush, green setting and will welcome 20,000 attendees across it’s 2 days. Bordered by woodland and with a small pond and plenty of space to explore, it will come alive for two days in July with one vast main stage and three marquee arenas that will, between them, cover a broad array of sounds and offer hours of continuous music on top notch sound systems. As well as the music, there will be a selection of street food stalls catering for all tastes.

The Butterfly Effect Festival has partnered with some experienced brands which will guarantee a spectacular 2 days including Ibiza party starters Do Not Sleep and Warriors as well as Garage Salvation, Sorono, Mixtape Madness and Circle. 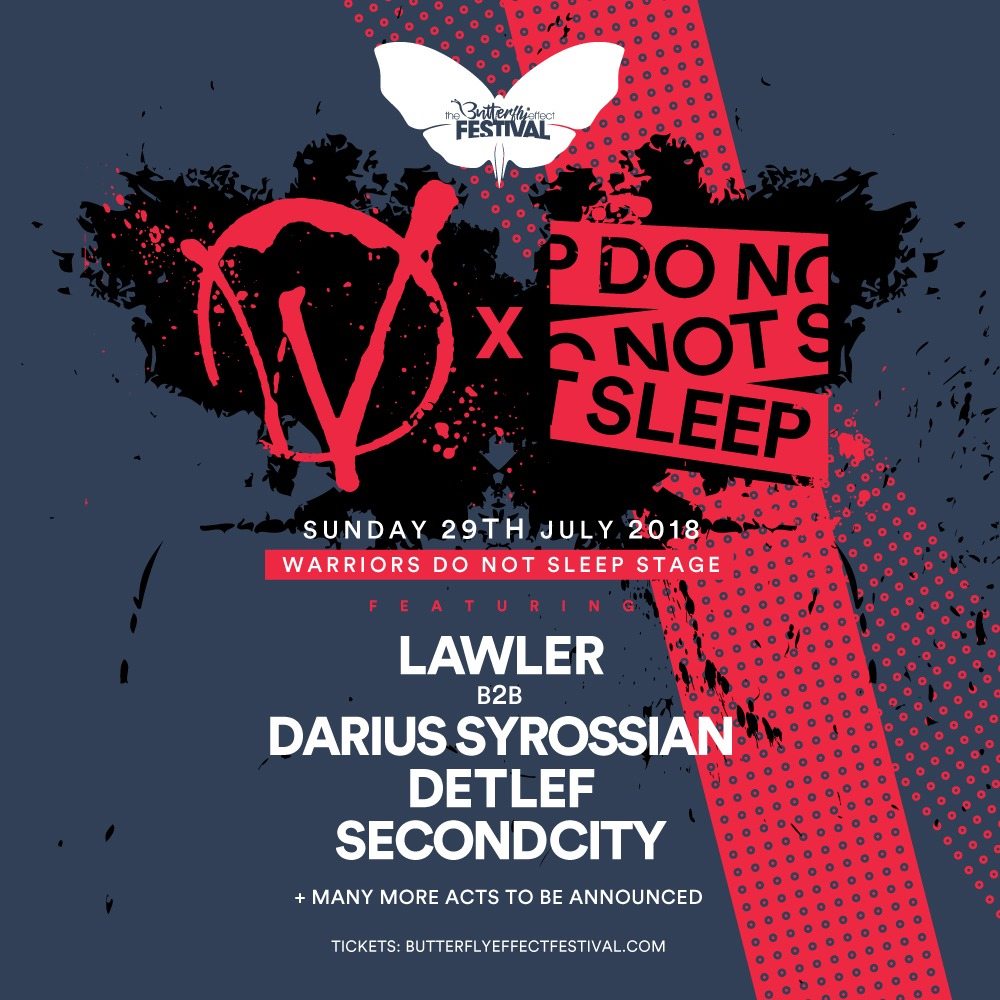 House and techno scenes are well represented by a mix of legends and contemporary stars. Renowned Ibiza parties Do Not Sleep and Warriors collaborate for the very first time, their stage aptly named Warriors Do Not Sleep. This will be a world exclusive; between them these brands have shaken up Ibiza with their energetic, no nonsense house and techno parties. They are a throwback to the old school with their insistant focus on the music and their underground ideals. Their sweat inducing soundtracks will keep you dancing for days. Headlining will be long time house pioneer and Warriors founder Steve Lawler, plus Do Not Sleep main man Darius Syrossian performing back to back, as well as Detlef and Secondcity.

With more to be announced nearer the time, The Butterfly Effect Festival is already shaping up to be an essential date for any music lover’s diary.

Tickets start at £30 and can purchased at https://butterflyeffectfestival.com/

The post The Butterfly Effect Festival launches this July with Steve Lawler, Darius Syrossian and More appeared first on Hammarica.